Why I Quit My Job

I’m not the first person to do that and I certainly won’t be the last but, when you make these kinds of choices, people tend to have questions.

“You mean you don’t have another full-time job lined up right now?”

“No, but that’s momentarily intentional.”

“Sometimes, but also no.”

That became not enough.

I could feel myself complaining more. I could hear myself having the same conversations day in and day out. It became soul-sucking because my day had lost a sense of meaning and, therefore, felt wasted. And not the good kind of wasted, ya’ll.

I quit my job because it was dangerously safe, unfulfilling, and no longer made sense for who I am now.

Sometimes, you have to take a good look at your situation (and this goes for any and all life situations) and you have to honestly determine whether you’re headed in the right direction. Maybe you realize that you’re crawling in the right direction, but you’d rather pick up the pace. Maybe you realize that you’ve been loitering at a crossroad because you’re scared of making a wrong turn. Maybe you’ve lost the map altogether and it’s time to start drawing up a new one.

I had become aggressively aware of the fact that I was no longer satisfied and change wasn’t an option anymore, it was a necessity for my sanity and growth.

A bad relationship can simply be a relationship that you’ve stayed in for far too long because you’re uncomfortably comfortable and don’t want to deal with the change that comes with breaking it off and finding something new.

So, to buy some time, I promised myself that I’d only allocate enough energy to do my job, but save the rest for the non-job part of my life. I gave myself deadlines.

Then it was, “I’ll leave in January”.

It’s almost as if I was waiting for some sort of additional sign or for some magical outside thing to save me and make the decision clear as day.

The decision was clear as day all along, but it was still difficult to see that through my veil of doubt and a fear of losing the safety net that had been there to land in for so many years.

Then, on a day I wasn’t anticipating, I hit a wall.

It’s the best way to describe it. I walked out of work on that day and a voice in my head said, and I quote, “You have to get out of here.”

I’d gotten to a point where I had to become my own catalyst.

I had a few days off from that point and I spent that time coming to terms with the fact that that’s what needed to happen. I got my mental and financial ducks in a row.

A Handful of Things You May Feel After You Quit

I decided to toss myself out into the world and figure it out.

When you take things into your own hands, you’re sending the Universe a clear sign that you’re ready to step up your game and do anything to create change. Mostly because you just removed the option to stay stuck. Sink or swim, but with the agreement that you won’t allow yourself to sink. Maybe take a couple of waves to the face and build up your paddle strength, but treading water isn’t an option anymore.

Steps to Take When Quitting Your Job to Be Yourself

I could get offered a gig tomorrow, I could find and apply for a job that I really want next week, I could freelance successfully for awhile and not need to pick up another job, I could start to run out of money and need to pick up any job that’ll pay the bills again for a bit, I could travel, I could become more creative than I ever thought possible, I could dwell in fear and let it stunt my creativity.

What if nothing. Figure it out.

When you leave a situation that no longer serves you, you quickly realize that you’ve actually lost nothing. You’ve shed an old skin and created room for the next thing to take over as your life is allowed to become a verb once again.

I’m not a predictor of the future whether it’s 3 hours from now or 50 years from now, so why waste time speculating. It’s all about doing something and taking each moment as it comes so that you can see what the next chapter holds.

I think we can all agree that if it ain’t broke, don’t fix it.

So, it stands to reason that if it is indeed broke…you better get to fixin’ it. 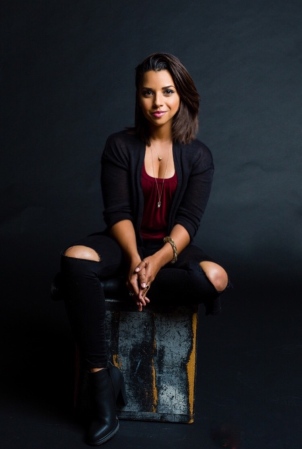 2 responses to “Why I Quit My Job”